Catholic schools are a national treasure, and they are facing an existential threat due to the economic fallout of the pandemic. They have also become a political pawn in the fierce debate over the congressional response to the crisis. 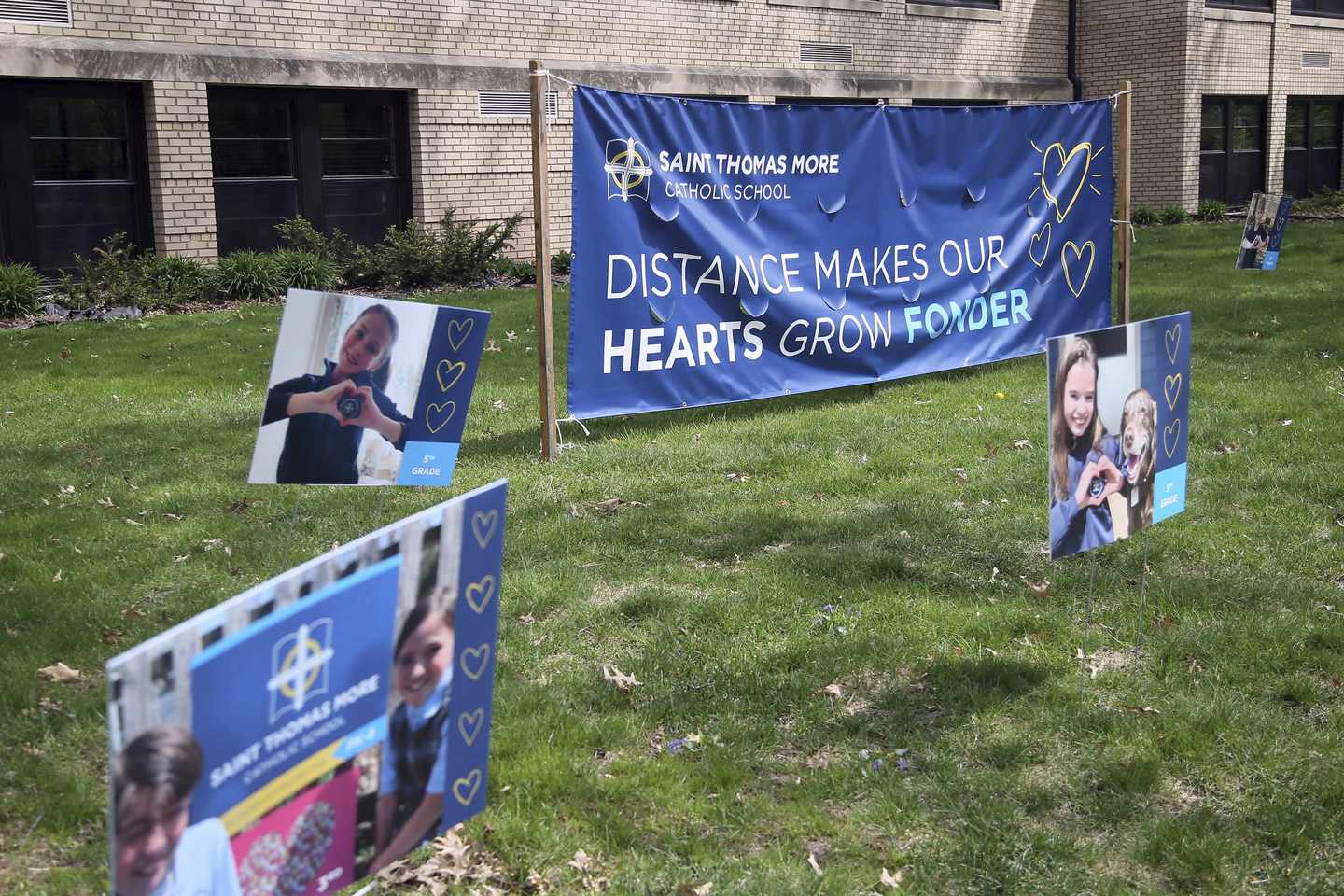 The most powerful woman in the United States, House Speaker Nancy Pelosi, and the majority of our Supreme Court justices are proud graduates of Catholic schools. They are the most prominent stars of a tradition of excellence in education that goes back to before our nation’s founding. More importantly, unlike their public-school counterparts, Catholic schools go a long way toward eliminating the achievement gap for low-income and minority children -- putting millions of underprivileged kids on the path to achieving the American dream.

The pandemic’s economic wake threatens to decimate what are arguably the most important Catholic schools: those in urban areas that serve disadvantaged kids. From inner-city parochial schools in St. Louis to the Catholic all-girls school Pelosi attended in Baltimore, it’s not too much to say that COVID-19 is in the process of killing scores of Catholic schools across the United States.

These institutions have always run on a shoestring, but a remarkably efficient and effective shoestring. Catholic schools spend half of what public schools spend per pupil, while ranking much higher in results -- including 99% graduation rates with 86% of their grads going on to college.

Most Holy Trinity Catholic school in St. Louis serves a student body that is 93% African American from families with an average income of $25,000. The majority of students are not Catholic. Evie Moore has two daughters at Most Holy Trinity and is devasted to learn that it is closing. “I didn’t think I could afford to send my babies to private school. Most Holy Trinity was a light … If you stay in this neighborhood, you’re not going to have many options. It’s our oasis, and it’s being taken away.”

The public school alternative in Evie Moore’s neighborhood, Jefferson Elementary, has a “D” rating because only 5% of its students are proficient in reading and math on state test scores. The shoestrings are breaking – and when these schools close – something more valuable will break with them: the lifelines for at-risk American kids that these parochial schools provide.

Reviewing a recent announcement of parochial school closures, I was shocked to see my old neighborhood’s school, Our Lady of Peace in New Providence, N.J., on the list. In this suburban town, families have a decent alternative in the community’s public schools.

Not so in the nearby New Jersey town of Irving, a depressed urban town where the public school ranks “far below” the state average. Only 15% of the public schools’ kids are proficient in math and only 20% in reading. Tragically, Irving’s parochial school, Good Shepherd Academy, is also on the list of schools slated to close. About 84% of Good Shepherd’s students are African American, and most are from low-income families. All benefit from the philosophy of  the school: “There’s no one in the world quite like your child. A bright smile, a tender heart, an inquisitive mind -- all combined in the most remarkable person you’ve ever known. Your child deserves an education rich in faith, Gospel values and academic challenge.”

Nancy Pelosi’s alma mater in East Baltimore is also set to close at the end of this year. The Institute of Notre Dame is an all-girls school. As such, every leadership position, from student body president to school paper editor, is held by a girl. In Pelosi’s day, the school served Italian and other immigrant families. Today, 91% of its “diverse and inclusive community of joyful learners” go on to college.

And tomorrow? Where will these underprivileged kids go if COVID-19 takes out more Catholic schools in our nation’s cities? To public schools that were failing their students before the pandemic?

As they consider pandemic-relief bills, Congress could act to save these schools by simply giving fair and equal treatment to both public and private schools. Tuition tax-credits should be at the top of the list. Sadly, Pelosi and Democrats in the House who are beholden to the teachers’ unions are trying to cut out any schools that dare to offer an alternative to the failing monopoly of government-run schools. They even attempted to withdraw emergency funds previously appropriated by the “CARES” Act from schools like Most Holy Trinity, Good Shepherd Academy, and others engaged in providing a brighter future for the underprivileged.

It would be a tragedy for everyone to lose these institutions which have historically been the seeding ground for so many of our country’s leaders, and a lifeline to the American dream.