Throwing billions at a failing education system is the California way.

Only half of all California students performed at grade level in reading on the state’s most recent standardized language arts test, and just 34 percent of California fourth-graders scored proficient in math on the 2019 National Assessment of Educational Progress (NAEP), placing the state 44th nationwide. Minority students in big cities perform particularly poorly. In Los Angeles, for example, just 9 percent of blacks scored proficient in eighth-grade math, compared with 12 percent of Hispanics and 51 percent of whites on the recent NAEP. A recently released “States with the Best Public Schools since the Pandemic” tracker ranks California 44th nationally. 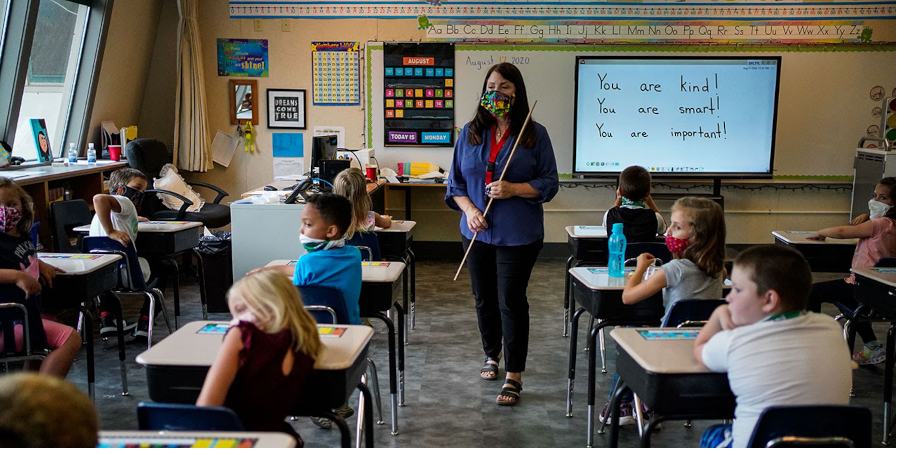 While Golden State students suffer academically, their teachers do quite well for themselves. The latest data show that the average K-12 educator hauls in $84,531 a year. But as Just Facts reveals, that amount does not include “unfunded pension liabilities and non-pension post-employment benefits like health insurance.” Adjusted to include costs, the average California teacher’s total compensation is almost $127,000 per annum. It’s worth noting that full-time public school teachers work an average of 1,490 hours per year, including time spent on lesson planning and grading, while private-sector employees work an average of 2,045 hours per year, or about 37 percent more. Nevertheless, local teachers’ unions eager for a share of the new funds will likely demand hefty raises for their members.

A portion of the new funding will be used to develop high school ethnic studies courses, which will become a graduation requirement during the 2029–2030 school year, prompting districts to implement radical curricula. The Hayward Unified School District in Alameda County has already approved a $40 million ethnic studies program from the Liberated Ethnic Studies Model Curriculum Institute; the materials are infused with critical race theory and teeming with woke buzzwords. The program asks students to “critique empire, white supremacy, anti-Blackness, anti-Indigeneity, racism, patriarchy, cisheteropatriarchy, capitalism, ableism, anthropocentrism, and other forms of power and oppression at the intersections of our society.”

The state is also spending heavily on developing the heavily politicized Mathematics Curriculum Framework, the implementation of which has been delayed until late this year or possibly early 2022. The postponement came after scientists, mathematicians, and engineers signed an open letter to the California Board of Education denouncing the original plan on the basis that it would “de-mathematize math.”

Governor Newsom’s 2022 budget also includes funding for a program that would transform a third of the state’s 10,000 schools into “community schools,” on the model of those developed during the early twentieth century Progressive Era. These new community schools would provide a host of so-called wraparound services, including welfare-to-work programs, legal defense funds, and foster care—all staffed by unionized personnel. The new budget also provides for universal, state-funded breakfasts and lunches for all students and a mental health and behavior system that will provide screenings, counseling, and therapy from birth through age 25.

None of these programs will change the fact that California’s public school students receive a subpar education. As the state embarks on another massive spending spree, it ignores simpler solutions to improving its education quality. California should hire better teachers and pay them according to their worth. Capable teachers can handle larger classes, and a merit-based pay system would attract better educators. The state should consider increasing class sizes, for while smaller class sizes are generally assumed to be best, numerous analyses show that class size has no effect on most kids.

Californians would also benefit greatly from school choice. As Apple founder Steve Jobs said in 1995: “I remember seeing a bumper sticker when the telephone company was all one . . . and it said ‘We don’t care. We don’t have to.’ And that’s what a monopoly is. That’s what IBM was in their day. And that’s certainly what the public school system is. They don’t have to care.” Researcher Greg Forster reports that 32 out of 34 empirical studies found that “school choice improves academic outcomes in public schools affected by the program, while one finds no visible difference and one finds a negative impact.”

Teachers’ unions fight strenuously to oppose school choice, merit-based pay, and other improvements to the state’s education system, and venture capitalist Tim Draper has proposed a longshot ballot initiative to ban California’s public-sector unions. At the behest of the California Teachers Association, the state’s education code includes tenure and dismissal statutes that make it virtually impossible to terminate failing teachers. Draper maintains that “some public employee unions have used their money and power to protect bad employees engaged in unspeakable conduct and others who have completely failed at their jobs.” He will soon begin gathering signatures.

In the meantime, California will continue to pour money into programs that don’t improve students’ education. One can offer many explanations for why the state’s population is declining while those of Texas and Florida are growing. A failing education system rife with union diktats is certainly one of them.