When the Covid-19 craziness subsides, our calcified zip-code education laws will endure.

Pundits are continuously speculating about what the post-pandemic “new normal” will look like in education when schools open (hopefully) in a few months. Many say that smaller class size will be necessary to facilitate social distancing. Some think that homeschooling will flourish. While others insist that online instruction or “distance learning” will make great strides. But every expert knows that one aspect of education will not change: children who remain in brick-and-mortar public schools will be assigned to a building according to their zip-code.

One of the enduring education half-truths, uttered by Hillary Clinton, the National Education Association and many other government education establishmentarians is that “public schools have to accept all students.” What needs to be added to that statement to make it honest is this corollary: “Public schools have to accept all students that live near the school, and students will be forced to attend no matter how awful that school is.”

Due to teacher union mandates like seniority and tenure laws, inner city children are often stuck in underperforming schools. The teachers unions also aggressively oppose any measures that would enable these kids to flee their zip-code mandated hellholes. Giving families any kind of choice – a charter school, opportunity scholarship, etc. is anathema to them.

The irony here is that when Donald Trump ran for president in 2016, one of his campaign promises was to erect a wall between the U.S. and Mexico in order to stanch the flood of border-crossers. The education establishment was shocked and horrified by the future president’s assertion. How can he deny entrance to people who are “trying to better their lives?” many insisted. Yet the same group has no problem coming down hard on parents who cross a school district border attempting to get a better education for their kid.

One celebrated case typifies the plight of many. In 2011, Hamlet and Olesia Garcia’s marriage was on the rocks. So, along with their daughter, Olesia moved in with her father who lived in an upscale part of Pennsylvania. When it came time for her daughter to go to school, she put her in nearby Pine Road Elementary School. However, in March 2012, the couple reconciled and moved out of the area, but kept their daughter at the same school to finish off the rest of the school year. Not long after, the couple was called in to discuss residency issues. This led to a huge fine for the Garcias, and nearly got Hamlet prison time for “educational theft.”

Another notable case took place in 2011, when Kelley Williams-Bolar, an education aide in Ohio, spent nine days in jail after being convicted for sending her two daughters to a superior school in a district where her father resided.

So what can parents do if they can’t home school or afford to pay for a private education, and live near a failing school? Depending on the school district, if one of the parents is employed in an area where there is a better school than where they live, they may be able to get a waiver to send their child to that school. For example, if a family lives in inner city Los Angeles, and one of the parents works in an upscale area where there is a better school, they can apply for an “intradistrict permit.”

Oddly, homelessness can also be helpful. In California, “…homeless children do not have to re-register at a different school every time they move, and districts must provide transportation to school regardless of where a homeless child is living.” In fact, an Illinois school administrator notes that “families pretend to be homeless so they can move to better school districts. State and federal laws require school officials to enroll students immediately, even if they doubt a claim.”

Writing in the Orange County Register last week, charter school operator and former California State Senator Gloria Romero reminded us that it has been 66 years since the Brown v. Board of Education Supreme Court decision was handed down. The ruling declared that segregated schools were unconstitutional. Romero writes that “admission to a high-performing school should not depend upon in which side of town families could afford the rent or mortgage.”

Because of geographical restraints, public schools are the most segregated institution in America today. Can you imagine a law that forces families to buy food from the supermarket down the street – even if it serves rancid meat and moldy fruit? Of course not. It’s time to end our Zip-code Mandated Education System – Z MES – immediately. 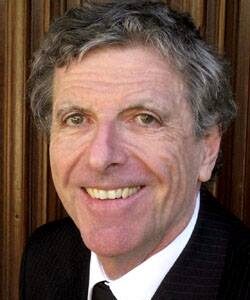 What Parents Learned During the Pandemic