We Wouldn’t Let Government Control Our Grocery Stores. Why Do We Let Them Control Our Schools?

Everyone I know wants to ensure that children have access to a quality education that will set them up for success. 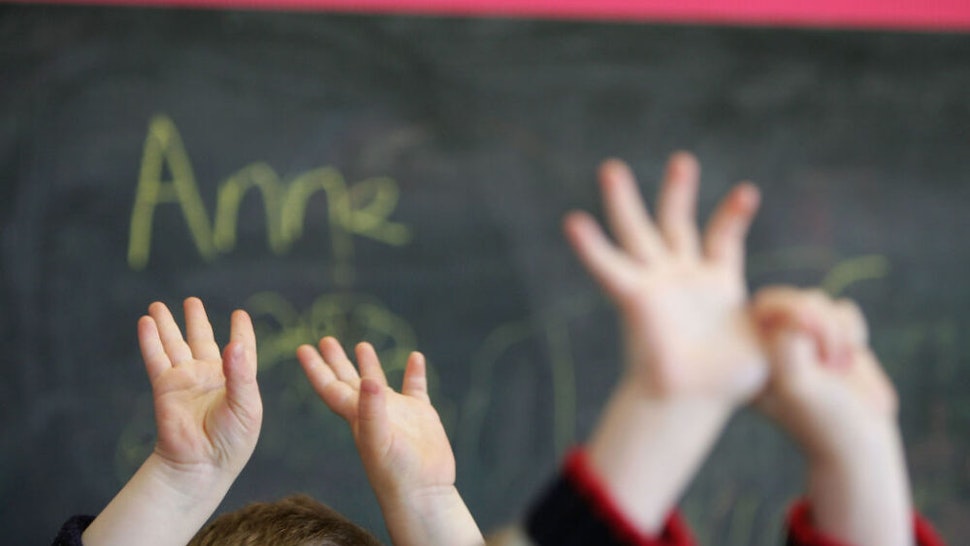 The debate over how to best provide such opportunities has raged for decades. In simple terms, one side desires greater choice and freedom, while the other insists that improved education can only be achieved through strict government control of schools.

Rather than rehashing the same old arguments, let us instead engage in a thought exercise regarding government’s involvement in another important aspect of our lives — access to food and nutrition — and see if we can draw some relevant parallels. After all, while access to education is important, it can be argued that access to food is just as important — if not more so. With that in mind, what would happen if we put the government in charge of grocery stores?

Let’s say that at the height of the depression, the government decided to set up thousands of grocery stores across the country. Instead of shopping where you wish, you would be assigned a government grocery store based on your address. Instead of selecting what items to put in your shopping cart, a government agency would be responsible for determining what groceries were best for you and your family, citing a “scientific” approach to necessary caloric intake and dietary recommendations. Of course, if you are unsatisfied with their recommendations, you would be able to lobby your state or federal representative and ask that certain products be added via a legislative process. But, like all lobbying strategies, money generally speaks louder than the voices of consumers. As for those employed by the government grocery store, none of them would be rewarded for their work ethic, innovation, or creativity. Instead, they would be rewarded solely for their seniority.

Now that we have built this hypothetical system, when asked whether we would prefer such an approach, the vast majority of us would likely decide against a government takeover of our grocery stores. Then, we must ask, why are we happy for this level of government control to be applied to our education system?

The government assigns your child to a school based on your address. Parents have little to no say when it comes to the curriculum offered in schools. Problems or concerns regarding the quality of education or selected curriculum are addressed through a legislative process rather than consumer choice. Teachers are not rewarded based on the quality of the service they provide but their level of seniority within the government system.

Again, why do we accept full government control of schools when we would never accept such control over our grocery stores? There are two possible answers to this question.

The first step to solving this problem of stagnation and manipulation is to provide parents, students and teachers the ability to make choices in pursuit of achieving superior results. Instead of lobbyists and elected officials politicizing everything from curriculum to school sports to hiring restrictions, the actual consumers of education — students and parents — should have the opportunity to vote with their feet — and their tax dollars — for the institutions that provide the best service. Parents frustrated over a lack of support, focus or funding would be able to select institutions which cater to their needs, and the needs of their child. Not only that, students with learning challenges would no longer be trapped in schools which lack the resources or expertise to truly help them flourish.

It isn’t only students and parents who would benefit. Teachers trapped in failing institutions would have a chance to escape based on their performance and potential. Instead of politicians and unions allocating funding based on hierarchy and position systems, parents could instead flock to schools which truly value their teachers and compensate them appropriately.

Ultimately this is a debate over who should control education. For decades, it has been politicians and lobbyists, with the result being a series of “one size fits all” approaches which have failed millions of our students and driven some of our best and brightest teachers from the profession. There is an alternative, and we have an opportunity to take back control. Our children deserve that chance.

The views expressed in this opinion piece are the author’s own and do not necessarily represent those of The Daily Wire.

The Daily Wire is one of America’s fastest-growing conservative media companies and counter-cultural outlets for news, opinion, and entertainment. Get inside access to The Daily Wire by becoming a member.